An international bond forged in vegemite – The power of personalisation

June 17, 2021 / shaditaleb / Comments Off on An international bond forged in vegemite – The power of personalisation

Was a personalised Vegemite jar single-handedly responsible for an international free trade agreement?

No! Well, at least I hope not. But what I will say is that the gesture did not go unnoticed.

The reality is that the Australia-UK free trade agreement was probably already signed, sealed, and delivered in advance and why not, it is a great opportunity for like-minded countries to trade and compete on equal grounds with each other without barriers. 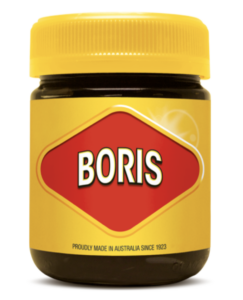 But I can already hear some of you thinking, “It’s just a name on a jar. How can this be important?”

Seems pretty basic and from a capability standpoint, it is pretty much the simplest thing that a brand can do from a personalisation perspective.

So why do it? Why did the Australian Prime Minister decide this was a thoughtful and generous gesture to his UK counterpart when the bottle couldn’t have cost any more than $10 AUD?

Was it wrapped nicely in its own container? No.

Was it gold plated? No.

It was a simple run-of-the-mill everyday true blue Aussie 380g container of personalised Vegemite to Boris with his name presented in the Vegemite font (Created incidentally by Spiff3D. Shameless plug achieved). 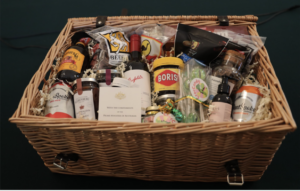 It was presented in a basket of 20+ other Aussie products and when the PMs decided to pose for the media to publicize this monumental and historical agreement, Boris was drawn to the product with his name on it. The iconic product he would have known (and possibly secretly loved) from childhood. He picked the Vegemite jar and can be seen looking in awe. You can see the cheeky grin on our PM’s face as if to say, “Gotcha mate, you’ll be BBQing snags and prawns in no time”. 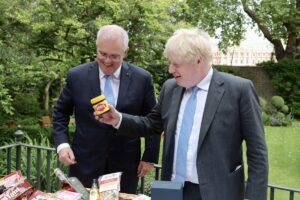 Huge disclaimer: The above paragraph is not confirmed. It’s merely an educated observation of the above picture. 3 in 3 independent behavioral scientists agree that I have no experience in this matter. But I am still going to say it.

So why, when used correctly, can a bottle of personalised Vegemite lead to a free trade deal for us little old Southerners? (Again, not saying it was the reason in this case but I am saying that a gesture of this magnitude can hit the diplomatic spot.)

Ok so if you’re still reading then either you’re one of those people who struggle to walk out of a movie even when it is horrifyingly bad or you want to know why.

Think about your childhood. Your first trophy. Your second and third trophy. No trophies? Well, what about certificates, awards, achievements? It doesn’t matter how your achievements were presented to you, only that you received them. 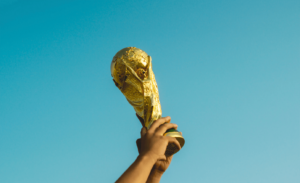 For most people these are things, things we have piled into old boxes that gather dust and have probably been shoved and mismanaged in some form over time.

But every now and then, who doesn’t occasionally get a sudden case of nostalgia and pull them out, dust them off and reminisce about the memories associated with them.

Now unless you are Rafa Nadal and you have won a French Open, I have news for you. Those trophies, as valuable as they are to you, are pretty cheap and you would usually have change from a $20 note when purchasing one. So why do we keep them and why are they so valuable to us?

See where I am going with this?

For you, that trophy is a snapshot in time. It’s like a photo, the memory associated with earning this trophy with my name on it tattooed front and center in the primordial limbic part of my brain responsible for Ego and Pride.

A personalised product used correctly is that snapshot in time. Boris’s Jar is a permanent memory of the gift so thoughtfully given to him on a special day when two of the world’s most revered democratic countries came together to do something great.

It’s his trophy and I am betting (hoping) that 5 years from now Boris will tweet a random picture from his house and in the background, we will see his Vegemite trophy, the trophy he received for bringing two great nations together in a time when the world needed a win. A time which will be written into the history books as a time of great challenges. I know you want me to say it, but this blog is my trophy and I don’t want to read that word 5 years from now when I reflect on what I wrote.

So what is the moral of this story? Is it that you should give every customer the opportunity to make your product their own? Yes

Is it that you should use Spiff3D in every case to do this? No, but it would make me very happy if you did.

If you share my humble opinion, purchase a personalised Vegemite jar today at vegemite.com.au and let me know in the social comments how this gesture ‘created a memory’ that you and your recipient will be able to reflect on overtime. 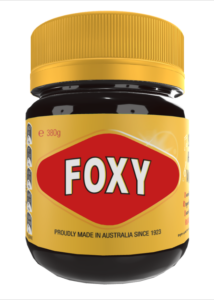 This article is dedicated to my former 2IC and creative director Allan Fox who was struck down by the wretched Guillain–Barre Syndrome and has been incapacitated for now nearly two years. I am sure you will make a full recovery and look forward to the day when we can work together again.  I remember laughing and joking when you came up with the slogan for our former business “creating memories”. At the time I did not understand, but now I do.